by igw
in News, Sports Betting
Reading Time: 3 mins read
A A

This is something we know, but bookies are also aware of it. They offer very short odds (1667) that Djokovic will beat Paul in the semi-finals of the 2023 Australian Open. These odds aren’t great for a bettors perspective. However, the good news is that other markets offer better prices (e.g. game spread).

Novak Djokovic with a (Seemingly) Simple Job in Melbourne

Djokovic is the only player still playing in the 2023 Australian Open. Alcaraz was forced to quit even before the tournament began due to injury. Medvedev was eliminated in Round 3 of the Aussie Grand Slam. Nadal suffered the same fate in Round 1. Djokovic now has a stronger chance of winning, as he is only -556 in the AO odds.

He is expected to breeze past Tommy Paul in semifinal but will it be in the same way as against Andrey Rublev? He defeated the Russian player 3-0 (6-1, 6-2 and 6-4), which was his fourth straight win at the 2023 Australian Open.

Can Tommy Paul Snatch a Set (or Two) Off Djokovic?

Tommy Paul has never played against Djokovic during his professional career. However, he did play against other top-ranked players. He played, for example, against Carlos Alcaraz and Rafael Nadal last year. They both won 2-1 in sets.

He’s now 6-1 overall and has five wins at the Australian Open in 2023. He’s been quite fortunate since his arrival in Melbourne. His highest-ranked opponent was Roberto Bautista Agut (ATP No. 25). He beat the Spaniard in sets 3-1.

We believe Paul cannot beat Novak in Novak’s favourite tournament. However, we believe he has a chance of winning at least one set. Paul can play Djokovic in the match, knowing that he is almost certain to not qualify for the Australian Open Final.

Djokovic has been suffering from an injury all through this tournament. According to the Serbian, Djokovic has been taking many pills to relieve the pain. It seems to be working. His performance has been outstanding, but it is unclear how long he will be able to keep up his high-level play.

If he wants to make sure there are no issues in the final, we think he should slow down. Djokovic may decide to slow down and not play in the top gear against Paul. 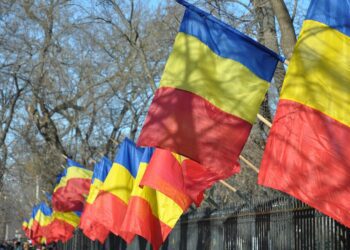