According to reports, the Finnish government has joined forces for a major overhaul of its licensing system. This could result in the end the gaming monopoly that was held by Veikkaus .

Tyti Tuppurainen (Minister of Europe and Ownership Management in the country) stated that the government supports the transition when she spoke to MTV Uutisten.


The Minister stated that an inquiry into the benefits and drawbacks of breaking Veikkaus’ monopoly was being accelerated. However, he noted that there is broad support from all parties for a reorganization of the licensing framework.


Tuppurainen stated: “As Minister of Ownership I had to prepare a report about a possible change to multi-permit systems. This perception is shared by the opposition, which is a great thing.


Since 2017, Veikkaus was the Finnish government-backed gambling monopoly, offering lotteries and sports betting as well as operating gambling machines.


However, Veikkaus has been criticised for maintaining the monopoly despite being criticized by politicians and other stakeholders in the industry as well as consumers.

Olli Sarekoski, CEO, and Velipekka NUMMICOski, Deputy CEO, observed last year that the market share of the Finnish monopoly is approximately half despite its exclusivity under Finland’s licensing system. This resulted in a drop of 5% annually as of September 2022, to a revenue of EUR515m.


These numbers suggest that large numbers are placing bets with foreign companies in Finland, which is outside the limits of the monopoly. Veikkaus has asked authorities for a better structure to tax them.


The SDP rejected previous recommendations to modify the framework, but now the government seems to have changed its mind.


“Now, the international game companies operate as though they were in wild gray zones. Tuppurainen said that they aren’t subject to the same regulations as Veikkaus.


This situation causes disadvantages in gambling and the taxman is also twisted. The result? Gambling profits go beyond Finland into foreign countries.

Sari Multala (an MP from the liberal-conservative National Coalition Party) told MTV Uutisten that the party had given a speech to demonstrate the support of all parties for these plans.


According to the MP, an investigation of the transition could now be started ‘as quickly as possible’ as was alluded by Tuppurainen. However, such a transition would need ‘extensive legislative modifications’.

Multala gave some insights into the Finnish market under multi-licence systems, saying that “The Lottery” and “Gambling machines” would still be within Veikkaus’ monopoly. When there are only one player, it is simpler to regulate.


The regulation can’t be effective on the internet side. Multala, a member of the coalition’s line .”</span stated that monitoring is more effective in the real world than it is online.

The focus of previous legislative and regulatory efforts in Finland has been on accountability. For example, an amendment to the Lotteries Act 2021 that changed Veikkaus’ corporate structure in order to promote safer gambling. Time limits for slot machine play were imposed 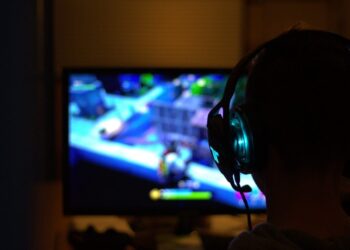