by igw
in Uncategorized
Reading Time: 4 mins read
A A
0
SHARES
0
VIEWS
Share on FacebookShare on Twitter

Penn Entertainment took its Massachusetts Gaming Commission suitability hearing with the utmost seriousness, producing its entire c-suite, including CEO and President Jay Snowden to speak on the suitability of Plainridge Park Casino and the Barstool Sportsbook brand.

In the end, the efforts paid off with a temporary retail betting license, but one that comes with conditions. First, the company had to pledge to limit the audience at the live Barstool College Football Show to those over the age of 21. Second, the company had to agree to a fulsome investigation of the media arm of Penn, Barstool Sports Inc.

In advance of the meeting, Snowden penned a letter to the MGC regarding the first suitability hearing, which ended without a vote. In it, Snowden reiterated the company’s stance that Barstool Sports is a separate entity from Barstool Sportsbooks. He also took several jabs at the quality of the New York Times article discussing Penn’s relationship with the Barstool brand.

“Incidentally, others in the gaming industry are also troubled by the New York Times’ one-sided take on sports betting, which was covered in three other articles that were published on the same day the PENN/Barstool story ran. The AGA has responded in a letter to the editor and there have been complaints by sources named in the articles of misrepresentations or outright fabrication of their quotes, such as a top executive from Spectrum Gaming Group who demanded a retraction in a strongly worded response,” he wrote.

He also provided several pieces of demographic data to reiterate that, while Barstool programming may discuss college athletics, the bulk of the audience is over the age of 21.

Snowden read large swaths of the letter to MGC and also elaborated on the argument that the NYT story has no place in a suitability hearing.

“I think we can all agree that the media of today is not what it was 20 years ago. Whether you are Republican, Independent, Democrat, conservative, moderate, or liberal, it is largely biased and political and not, in and of itself, a reliable source for decision making or drawing conclusions on important topics,” Snowden said. “There needs to be objectivity and balance and a thorough review of both sides of any issue. Relying on biased, sensationalized news stories and editorials to render a suitability decision on a marketing partner and/or licensee would establish a very dangerous precedent for the Commonwealth and for our industry.”

The alleged bias of the New York Times seemed to be a key argument for Snowden and Penn, however, MGC commissioners were quick to decry the story played an outsized role in their assessment of the Barstool brand.

Commissioner Eileen O’Brien was particularly vocal on this matter, noting she had expressed her concerns about the Barstool brand to Snowden directly once it was announced.

After that, Snowden entertained questions from the commissioners who all voiced concerns about what the media brand has been doing in terms of promoting the sportsbook. When they asked broad questions about why Penn would associate with such a brand, Snowden said it would be difficult to answer without having specific examples as to what the commissioners objected to in terms of content.

He offered up the example of Dan Katz’s “Can’t-Miss Parlay” as something that the Barstool audience understands is satire whereas outsiders may see the comment as a responsible gambling issue. Snowden also repeatedly stated he believes the commission might be inundated with bad press about the brand that is overshadowing the good that the company does.

Snowden also addressed the recent actions in Ohio that could result in a $250,000 fine for the company. He admitted fault, citing a lack of communication with the company and the Ohio Casino Control Commission about plans for a live show on the University of Toledo campus. During the event, the company did a live call to action for Ohio bettors to pre-register with Barstool Sportsbook.

“We will pay the fine and we’ll move on,” Snowden said.

While Commissioners Bradford Hill and Jordan Maynard found the Plainridge Park application suitable for a durable (five-year) license, O’Brien was adamant that she was not comfortable with anything but a temporary, one-year license with the condition that Barstool Sports Inc, the media company, would be vetted as a qualified entity by the MGC’s Investigation and Enforcement Bureau. Knowing her stance, the commission agreed to the terms by a 5-0 vote.

This deeper vetting would treat the Barstool media arm as a principle in the organization, something the company has argued against in past jurisdictions. What is interesting to note though is that Snowden said Portnoy and other content creators are actually not employees of Barstool Sports Inc and are instead part of a “loan-out company”. This step-removed approach could impact how much Portnoy and other content creators are vetted in this investigation.

O’Brien raised this issue and noted it would be something to consider as the MGC weighs regulations and whether or not to license third-party affiliates. Snowden said they would be open to that, but only if other operators and their robust list of marketers are treated in the same capacity.

The matter of whether or not the online sportsbook will get a temporary license will not be determined until the new year. The MGC is done with meetings until Jan. 3, 2023. 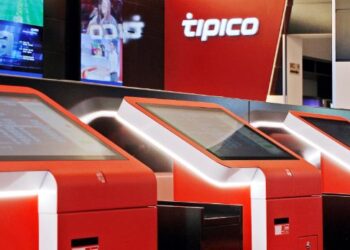