There will be an enhanced focus on player protection at next year’s ICE London event, with a host of responsible gambling stakeholders set to join the exhibit.

The event at the ExCel London will include 20 stands at the Consumer Protection Zone (CPZ), up from 14 last year, including the UK Gambling Commission (UKGC).

With the Gambling Act review still underway, the White Paper on the legislative overhaul apparently due next year, and regulators becoming increasingly vigilant to player protection shortcomings, responsibility has taken on heavier importance for many industry stakeholders.

Ewa Bakun, Clarion Gaming’s Director of Industry Insight and Engagement, said: “The CPZ, which was recognised by the industry at the recent Global Regulatory Awards, where it won the Responsible Approach to Advertising/Marketing category, is one of the many success stories to have originated at ICE.

“The brainchild of the Gambling Commission’s Tim Miller the CPZ has grown from its launch at ICE London 2018 when it featured eight pioneer exhibitors to its current size and prominent location, which is adjacent to the main boulevard at ExCeL London.”

ICE organisers have set out to make the CPZ home to a ‘blend of providers of responsible gambling tools and solutions’ along with not for profit organisations for the three day event, taking place between 7-9 February.

Charities will also be recipients of an industry fund – last year’s donations consisted of £6,000 contributions from Kindred, Entain, Videoslots, Sky Bet and IMG Arena, along with an extra £10,000 from the Ambassadeurs Group, with proceeds given to GamCare (£20,000), the Responsible Gaming Council (£20,000), and Better Change (£6,000).

“Thanks to the generosity of industry supporters and sponsors, the CPZ has succeeded in raising £146,000 for gambling industry charities over the last three editions of ICE London and we are looking to build on that really impressive total,” Bakun continued.

“With the return of the major supplier brands to the land-based sector and the prospect of a record-breaking edition of the world’s most popular B2B gaming expo, our aim with the help of the industry is to take the total to close to £200,000.” 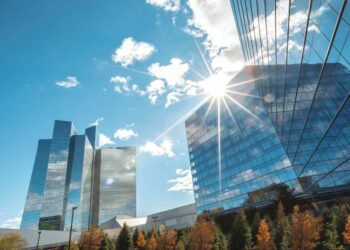