by igw
in Uncategorized
Reading Time: 3 mins read
A A
0
SHARES
0
VIEWS
Share on FacebookShare on Twitter

MGM Resorts International has confirmed the completion of its deal to sell The Mirage Hotel and Casino to Hard Rock International in a deal worth $1.075bn in cash.

The parties first agreed on the deal back in December 2021, with a regulatory process and due diligence taking place throughout the last 12 months.

As part of the deal, MGM has retained the rights and branding of The Mirage, licensing it to Hard Rock in a royalty-free deal for the next three years, when it is expected to rebrand the resort to Hard Rock Hotel and Casino Las Vegas.

“Mirage employees have delivered unparalleled service and experiences over the past three decades, and we are forever thankful for their work to make The Mirage such an iconic, world-class destination,” said Bill Hornbuckle, CEO & President, MGM Resorts International.

“I’m excited for the opportunities that lay ahead for the property, its people and the entire Las Vegas Strip with this prime location now under Hard Rock’s leadership. We’re thrilled to welcome Hard Rock to the neighborhood and wish them all the very best.”

The deal sees Hard Rock gain a presence on the Las Vegas strip after passing on the opportunity to purchase the Hard Rock Hotel in the city.

Taking on the 3,500 staff members under its wing, Hard Rock will commence immediate operations of the resort, having denied reports that it would imminently close the venue for refurbishments.

Instead, Hard Rock anticipates releasing details of the rebranded and redeveloped resort at the end of 2023, keeping The Mirage open throughout that period.

A Hard Rock statement read: “Daily operations of the famed Las Vegas resort are set to continue under The Mirage brand for the foreseeable future, and all room reservations and group bookings will be honored with no action required by guests or group organizers.”

“There are no plans to close The Mirage or to lay off any of the team members as one media outlet incorrectly reported recently.”

The completion of the deal comes just days after Hard Rock secured regulatory approval from the Nevada Gaming Control Board to close the deal, having satisfied all necessary requirements.

It followed a special meeting, requested by Hard Rock, in which it reiterated its desire to keep The Mirage open for the foreseeable future.

In the medium-long term, Hard Rock has set out its ambitions to ‘dramatically reimagine every aspect of the resort’, redeveloping the building into the classic Hard Rock guitar-shaped building adjacent to Las Vegas Blvd, though this will be done over ‘an extended period’.

“We are excited to create an integrated resort on The Strip that will make this legendary entertainment community proud.”

Upon closure, MGM disclosed that for the 12 months ended Dec 31, 2019 – the last year unaffected by COVID-19 and prior to the agreement – The Mirage reported adjusted EBITDA of $154m.

MGM also anticipates the net cash proceeds of the deal post-tax of around $815m.

Meanwhile, VICI Properties, the owner of the real estate, has entered a new leasing agreement with Hard Rock.

“The closing of this transaction represents another important step in the pursuit of our long-term strategic objectives,” said Jonathan Halkyard, CFO & Treasurer, MGM Resorts International.

“We plan to use the proceeds from this transaction to further advance our capital allocation strategy which includes maintaining a strong balance sheet, pursuing targeted growth opportunities and returning cash to our shareholders.” 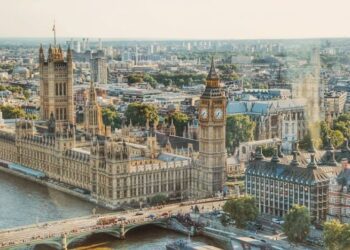