Fitzdares to hold fort at ‘traditional home of bookmakers’ Mayfair 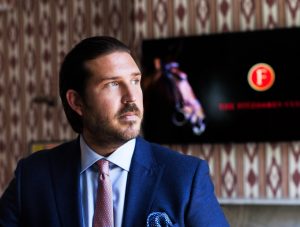 Fitzdares CEO William Woodhams has confirmed to SBC News that the members’ club bookmaker will remain in its current venue for a few months before relocating.

Earlier this week, it was reported in the Evening Standard that the firm – described by the paper as “the world’s poshest bookies” – was searching for a new home after being asked to leave by Grosvenor Estates, which is refurbishing its building.

However, after reaching out to Woodhams and Fitzdares, SBC learned that since the Standard article was published the company’s lease has been extended.

He did confirm that Fitzdares will be ‘actively looking for a new home in a few months’, but that its three other clubs at Windsor racecourse, the Cheltenham Festival and a golf course-accompanying venue in the Cotswolds ‘are not affected’.

Regardless of which building Fitzdares finds its new home in, London’s West End is guaranteed to be the location, as Woddham’s explained: “We will stay in Mayfair as it’s the traditional home of bookmakers.”

Additionally, the desire to move is born not just from Grovsnor’s redevelopment plans – Fitzdares has had a hugely successful and transformative year in 2022 and simply requires more space.

The company serves a total membership of 2,000 customers at a fee of £600 a year, showing live sport and serving food and beverages in its venues.

“It’s been such a success we are looking for a bigger site in a slightly newer building – ours was 300 years old!” Woodhams continued. “In the end it was too busy at times and we just need a bit more space.”

From a business perspective, Fitzdares has performed strongly in 2022, having participated in the £1.2m Royal Ascot cross-industry charity donation, and now eyeing up further commercial and international expansion.

Having launched an affiliate business and securing a licence to operate in Ontario, global growth is on Fitzdares’ agenda – in an interview for SBC Leaders last year, Woodhams outlined how the firm aims to roll out its ‘luxury experience’ to Canadian punters.

“Receiving our AGCO licence is a landmark achievement for the business,” he said. “There will be huge competition in this newly-regulated market, but we feel our more premium and customer-focused experience will be an ideal fit.

“Work is very much underway to ensure that we deliver on our promise – in style. I would like to thank the teams at both the AGCO and iGaming Ontario for supporting us with our application and preparations for launch.” 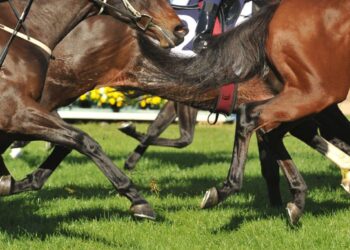