The European Casino Association (ECA) has elected Tiina Siltanen to serve as Vice Chair of the trade association representing over 900 land-based casinos operating in 28 European markets.

The appointment was announced at the recent ECA board meeting held in Finland in conjunction with the first anniversary of the Veikkaus Casino Tampere – a venue that Siltanen oversees in her duties as Managing Director of Veikkaus Casinos Finland.

The ECA branded Siltanen as a ‘proven leader’ who has experience across all core disciplines of casino management, having worked from “customer service to the executive boardroom” during her 20 years in the casino industry.

A board member of the association since 2021, Siltanen commented on her new role: “I am very proud of the trust the ECA board has placed in me and look forward to my new role in the ECA. It is not a new start for me, as I have been on the ECA Board for two years.”

“Still, there are topics of special importance, particularly concerning the ECA’s international events, human resource issues focused upon diversity and inclusion, and the overall reputation of the licensed casino sector to which I would like to devote attention in my new role.”

2023 will see the ECA transition to a new leadership structure, as Per Jaldung will step down as Chairman following the trade body’s Annual General Assembly, which will be held during ICE London in February.

Leadership duties will be co-shared by Siltanen and fellow Vice Chair Pascal Camia, COO of Monte-Carlo Société des Bains de Mer, with the support of seven additional board members and the Secretary-General responsible for day-to-day operations.

“To prepare for the challenges facing our sector in the coming years, from the fight against illegal gambling to the promotion of our industry on the global stage, it is vitally important that we strengthen the leadership of the ECA,” Jaldung noted.

“I am pleased that the Board has unanimously approved the appointment of Tiina Siltanen as the Association’s Vice Chair. I will be stepping down as Chairman of the ECA at the next General Assembly and this appointment ensures strong leadership and robust support for my successor.” 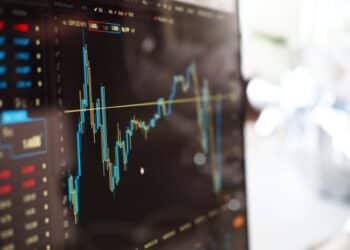