by igw
in Uncategorized
Reading Time: 3 mins read
A A
0
SHARES
0
VIEWS
Share on FacebookShare on Twitter


The group’s focus will be on the government’s efforts to address gambling-related concerns raised by Parliament, the regulation of online gambling, and how regulations can keep pace with the innovations in broadcasting and betting.

The Committee observed that 2005 Gambling Act review was completed last year and that reforms are ‘expected to soon be published’. Paul Scully, Gambling Minister, stated earlier this month that government will continue to shine a spotlight on gambling after the review.

Julie Elliott, a member of DCMS Committee, from the Labour Party said that gambling is an amusing pastime for many players. However, regulation has struggled to adapt with today’s rapidly evolving environment.


This puts individuals at risk for the severe harm that it sometimes causes to their lives. DCMS Committee will investigate the extent of UK gambling-related harm, the Government’s response, and the best way to adapt a regulation regime for new online gambling forms, both within and beyond the UK span>

The Committee took aim at two UK gambling authorities, the DCMS Department (UK Gambling Commission ), and stated that both have been criticised for their ‘approach’.

The UKGC was subject to backlash after the Football Index crash in 2021, while the DCMS faced questions about its video game loot box policy.


The Committee also noted that the Public Accounts Committee and the National Audit Office have called for greater action to stop problem gambling.


The DCMS Committee is asking for evidence to support its inquiry. Submissions must be made by 10 February, which means submissions can occur following publication of the White Paper.


This includes the extent of UK-related gambling harm and the top priorities for the White Paper.

The Betting and Gaming Council (BGC), which recognizes 90% of UK operators and Michael Dugher as its chief executive, responded to the inquiry.


Dugher stated that As the standards body of a large portion of the regulated gambling industry, he strongly welcomed the announcement today. It was a way for the sector to demonstrate its continued commitment to safer gaming.


The trade and standards organization called MPs to “be aware” of the threat from the black market, and pointed out other European countries that have imposed ‘tough sanctions’ like stake restrictions, blanket affordability controls, and bans on advertising.


The BGC used Norway to illustrate the point. It cited statistics showing that 66% of money in Norway is now held by the black market. This was in spite of strict regulations. Other case studies include France (57%) and Italy (23%).


Dugher said, “Problem Gambling may not be high by international standards at 0.3% but one problem gambling is too many.” We look forward to learning more from the Committee.


We must ensure they don’t drive people to unregulated, black markets online where there is no safeguard to protect vulnerable persons.

We are proud to represent over 110,000 workers whose livelihoods depend on the gaming and betting industry. We also look forward to highlighting the contributions our industry has to the UK’s economy, and to our continued investment. 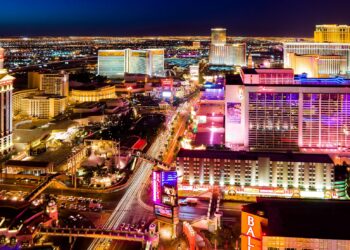