Year in Review: The British Farce is no Help in Gambling in Dangerous Times 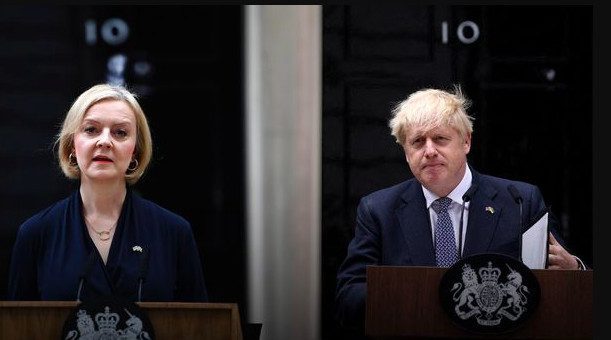 In the whirlwind of summer 2022, gambling was caught up in political affairs. This made it difficult for leaders to deal with changing economic conditions.

All gambling PLCs expressed deep concern about the negative macroeconomic trends triggered by high inflation, and the cost of living crisis. The challenges presented by the recession will test the notion that gambling is a resilient industry.

Further evidence of the doom of a global economic recession was shown by 888 Holdings’ inability to locate institutional investors for its PS1bn bond. This funding is required to finish its acquisition of non-US assets William Hill.

Playtech, a firm M&A prospect in the beginning of this year was made to reconsider all options when cold feet forced Hong Kong PE Fund TTB Partners to withdraw its offer for the acquisition of the FTSE250 technology group.

The UK is facing difficult times, and business and economic worries are exacerbated by the collapse of the government of Prime Minister Boris Johnson. This was after a string of resignations from senior Cabinet members.

Boris Johnson, who is being surrounded by the ‘Partygate and Pincher sagas, leaves Number 10, as gambling once again predicts that there will be delays in publishing White Paper of Gambling Review. This was promised to him before 2022.

As the Conservative Party starts a two-month campaign to elect its leader, bookmakers will be required to “price up a clown cast” once again. Rishi Sunak, Liz Truss and Liz Truss are the new PM markets.

The UK Gambling Commission (UKGC), which was ordered by Andrew Rhodes as its new CEO, did not suffer disruptions at Number 10. It issued the largest-ever penalty of PS17m to Entain, for AML and compliance failures. Entain accepted full responsibility for the ‘pre2020 failures’, but also highlighted its multimillion-dollar investment in expanding and improving safer gambling protections.

South America’s frustrations with the industry are further exacerbated by Jair Bolsonaro (President of Brazil) refusing to sign federally-approved online and sports gambling laws into law. Bolsonaro instead chose to ignore gambling and cites tax issues that will be resolved by the winner in Brazil’s General Elections.

Liz Truss wins the “grassroots vote” and is named new PM. She defeats Rishi Sunak, the challenger in the Conservative Party leadership election. Just 48 hours after assuming a new premiership in Britain, Queen Elizabeth II dies, which brings the country to an abrupt halt.

After deep reflections, it is clear that the UK government has entered a new state of crisis. Liz Truss announced her mini budget, which was rejected by the International Monetary Fund, and thus triggered a self-inflicted run on Sterling.

lasted 44 working days . Truss was ousted by his party colleagues, making him the longest-ruling PM of British history. Rishi Sunak is called upon to be the fifth prime minister in the seven-year period since 2016’s Brexit referendum.

Gambling is a form of politics that has no clear resolutions. Leaders are faced with an economic environment of rising interest rates and higher inflation combined with the pressures from a tech-wide sell-off. There’s little else to be proud of, except British politics.