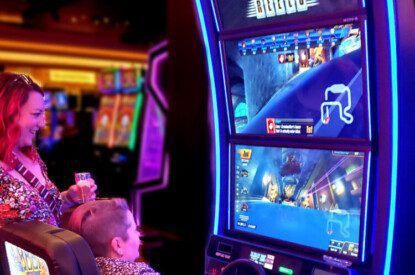 Competition Interactive is a new company that aims to revolutionize the casino industry with their social, competitive and mixed skill-based games. These can be found in Las Vegas, including New York New York, The STRAT Hotel and Casino, SkyPod and New York New York.

Operators and players have praised the interactivity and high-end graphics as well as innovative gameplay. This hybrid chance/skill slot is the first to offer a steering wheel, allowing players to test their skills in an arcade race for bonus payouts. Players will be able to race for money on six fairytale-themed tracks with an arcade-style twist.

Competition Interactive is a Las Vegas-based gaming company that offers social, competitive and skill-based games with the latest game design. The team is led by Paul Steelman, Competition Interactive’s CEO and chief creative executive, and Keith Winters (a veteran in digital media animation). The small team also includes Robert Quinones as Lead Software Engineer and Roland Lavallee as Lead Hardware Engineer. Connie Stafford is the Director of Compliance. Paul and Keith founded the company because of their expertise in casino gaming and passion to improve the experience.

We are happy to have brought to the Las Vegas casino industry the very first gambling racing game. The worlds of online and land-based gambling are becoming more integrated. “The time is right for Next Generation gambling games,” stated Mr Winters.

Stan Fulton (RIP), Randy Adams and the Wheel of Gold slot machine, Wheel of Fortune were two of my favorite things. The bonus could be used to drive a videogame. Keith Winters, I and the financier Running Rich created and funded Running Rich. It is the first video-driving bonus slot machine. The Nevada Control Board and Commission approved it after they successfully tested it in Nevada and California. Steelman said, “We feel the thrill of the ride ahead.” 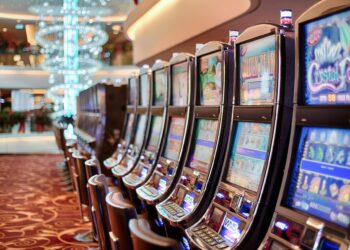