Senior Swedish clinicians highlighted the fact that Sweden’s healthcare system is not able to effectively treat problem gambling addiction due to data-lags.


Hakansson pointed out the difficulties of providing support to vulnerable people as there is “a delay in terms time before we see an increase in the number of those who come to addiction treatment.”


“We don’t know how long it takes for people to get into trouble. I worry about the dark speech behind this development, where people might be more attracted by advertising for quick cash.

Spelberoendes Riksforbund is the Swedish national association for gambling addicts and has led calls for better data resources to support Swedish addiction services.

Chairman Daniel Harre stated that it was not effective for Swedish clinicians use outdated data and foreign academic research to treat problem gambling. Spelberoendes shared the same concerns. He said Spelberoendes sees the effects “quite late in life”, as those who become stuck often have a long road to go before seeking help.


“I believe there is a darkness now, without any doubt. People will be coming forward who have gambled, relapsed, or increased their gambling due to the circumstances.


The Riksdag negotiated changes to Sweden’s online gambling laws in 2022. These included tighter player protections and higher advertising standards. However, no reforms were made regarding gambling addiction treatment or research.


Kindred, aware of data concerns, joined Svenska Spel, a state-owned competitor, and ATG last year to launch a data sharing project to publish “open metrics on problem gaming” that will be made public.

Trio More than half of Sweden’s regulated gaming market is owned by . They seek to “contribute a facts-based dialog on what is being done in order to reduce gambling harm”.


The project’s open-data framework has been presented. 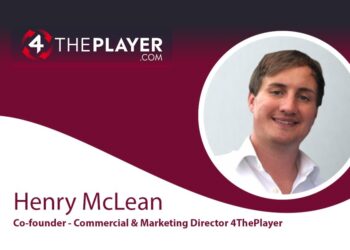