by igw
in News
Reading Time: 4 mins read
A A 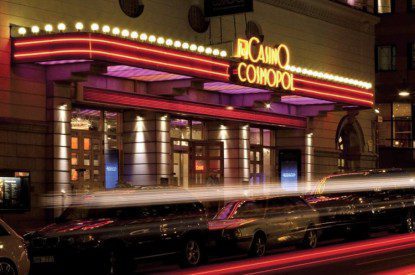 Sweden’s gambling industry has been licensed since 2019. There are two kinds of markets for betting companies: a monopoly offering lotteries and a part that offers a license system with two types. Private profit-making casinos are prohibited from operating in this market. A partially competitive market exists for gambling that offers betting and online casino services, such as betting on horse racing and football. Private commercial gambling businesses can apply to the Swedish market for a license and receive it.

The state has been active on both these markets through Svenska Spel. However, Gustaf Hoffstedt says that the state does not have any plans to do so at this time.

Secretary General of BOS. It is now time to sell Svenska Spel Sport & Casino. The part of the company which is involved in commercial and competitive gambling markets.

He explained that around 70 companies in gambling are competing for market share on the portion of the market that allows competition. This market includes online casino as well as wagering on horse and football. Svenska Spel is one of the companies. There are few arguments to support the government’s continued commercial involvement in this market. The state typically engages in commercial activities in a market that has suffered from failure, especially in the face of increased competition. It is possible that there are too many players on a market, or the dominant few may not be able to compete. If this happens, the state will be responsible.

Steps in to act as a commercial player with the goal of countering this market failure. No one can say that the Swedish market for competitive gambling has too much competition.

He said that “competition is fierce” and it would continue to be so, even if the state was not a casino operator or bookmaker for betting. Another argument to allow state-owned gambling could be the desire to set an example for other businesses on the market by not producing the same amount of gambling advertising. Svenska Spel is a company that has been closely following its marketing efforts since the reregulation.

Sweden has the largest advertising market in all areas, with a total of 71 advertisers. This includes gambling, but also large advertisers such as car makers and grocers. Svenska Spel makes large advertising purchases that force private casinos to spend more than they would normally.


An investigation by the government from 2017 that was the foundation for the Swedish regulation of gambling markets states, “A state-owned casino company operating in direct competition is in.”

Principle, as with any other gaming company.”

Hoffstedt stated that “Svenska Spel Sport & Casino holds exactly the same licensing as other gambling businesses. They adhere to the same responsible gambling rules as other companies, which is why they are no different.

They are worse than their competition. They are subject to the exact same gambling tax that all other casinos. The Gambling License Investigation discovered the obvious consequence six years ago. “The investigation concluded that divesting the competition would be the best option.”


Hoffstedt recognizes the argument that the company should be kept under the control of the state. This could include the possibility of the state returning the company to it. Hoffstedt counters by saying: “The idea of liquidating the company is not to be done, but rather to sell it to the highest bidder, and continue being run privately.” The same gambling tax must be paid.

It is not surprising that there is a divide between the political parties of the left and right. The parties of the left believe that the state controls companies and manages businesses. Parties from the right disagree. In this case, the same is true. Before the reregulation was implemented the center-right parties were required to give up stricter demands regarding the divestment and sale of Svenska Spel Sport & Casino to allow the Social Democrat-led government introduce the Swedish gambling license system.

He argued that “now is the time and we have new government which, together with Sweden Democrats, forms a majority within the Riksdag. As the Sweden Democrats, moderates advocate divestment from Svenska Spel Sport & Casino. It is reasonable to expect that the government will act now after voters gave the center-right parties power over Sweden.

This is nothing unusual for a center-right government. It was the last time Sweden had such an elected government. The government concluded that Sweden’s status as one of the largest alcohol producers in the world wasn’t consistent with its ideal of what a state should be doing. Vin & Sprit AB, which was then sold to France’s Pernod Ricard in 2008 for 55 billion Kronor, and the Absolut brand. This, he said.

He concluded that “it is high time our current anomaly, state role of casino operator, bookmaker, was ended.” It would not be the same as the Social Democrats’ long-awaited introduction gambling licenses. This was done under a center-right-wing government. It should be able to execute the opposition’s wishes, but what else?