Rivalry: Here are three big trends for esport betting in 2023

by Tayler Buckley
in E-Sports, News
Reading Time: 2 mins read
A A The activity in Esports betting is on the rise and will continue to grow in 2023 according to leading operator Rivalry.

Rivalry, a Canadian company that is one of the leading figures in esports gambling, has released a report on esports betting trends in the last year. It hopes this will help to shine light on the sector for the rest.

Steven Salz, the CEO of the firm, stated that “where we see momentum, betting activity, it often leads to enhanced economics, and overall viewership for that esport.

Rivalry discovered that League of Legends was most bet upon esports contest in 2022. The game has long been a popular choice for punters.

CS:GO followed by Dota 2 which enjoyed a high degree of popularity. Valorant was fourth, and Mobile Legends: Bang Bang fifth.

The Canadian esports book stated that LoL and CS:GO accounted for 90% each of the betting activity in the last 12 months.

Rivalry pointed out that the Valorant was a case to be aware of and referred to Riot Games’ first-person shooter as a promising’serious contender in betting’.

Rivalry reported that Valorant’s growth has been unmatched since its launch in 2018. It is difficult to predict the life expectancy of an esports IP, as there are many titles that have come and gone over the years.

The publishers will be the bumpers at the bowling alley. It’s not the community who decides if the company wins. Voralant, as a betting company is still here “.

The report stated that the benefits of unregulated and responsible sports betting are hard to overlook. Look at the leagues such as the NFL, MLB, and NBA that have embraced betting since legalization in 2018. You will see increased viewership and media rights agreements, but most importantly fan engagement.

Forbes reports that the 50 highest-valued professional sports teams in the world are now worth 30 percent more than they were last year.

In the bigger industry where most games can be played for free, publishers make their majority of revenue through in-game transactions. The new standard for success is engagement. As a result, esports has been repositioned as an important driver for engagement. Publishers must monetise games to increase playership and create awareness about their IP span.

Rivalry also highlighted regional differences in consumer preferences during its 2022 review. The company found that CS:GO was the most dominant product in Australia and Canada.

FPS was the top title around the globe, but LoL’s popularity in Latin America (where it accounts for 60% of all esports betting volume) was a major reason why. Dota 2 is a huge favorite of Southeast Asian esports fans.

Rivalry stated that Australia, Canada, and other non-Latin American countries are “crazy about League of Legends”.

Besides, esports punters love live betting, 62% prefer playing in-play to 38% who preferred pre-match, according to the company.

Rivalry also presented findings from the Rivalry on traditional and esports betting trends.

More than 50% of the company’s esports clients also wager on traditional sports. Salz recently spoke out to SBC News and noted that diversifying between traditional and esports is key for success in this sector.

Part 2 of the interview with Steven Salz is available in the SBC Newsletter. 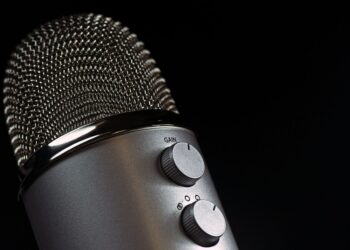