PokerStars confirmed it would combine liquidity pools from Michigan and New Jersey beginning Jan 1. This will allow players in both states to play each other.

PokerStars has become the first platform online to provide shared liquidity among the two states. This move promises greater competition and greater prize money for players.

PokerStars announced that a $150,000 tournament will be held on January 1 in celebration of the milestone moment of shared liquidity.

Online tournaments are available to players in New Jersey and Michigan. The buy-in is $100 and there’s $100,000 up for grabs.

“Michigan’s and New Jersey’s joining forces are great news for poker players, both in those two states and more broadly, because it promises a better and more valuable experience, along with the trust provided by a licensed operator,” stated Severin Rasset, PokerStars US Managing director.

Our community will have more variety and breadth of games. We also plan to offer more tournaments that feature bigger prizes, boosted promotions and increased choice. We are providing generous guarantees for our multi-state tournaments to get things started. This will provide a lot of value for all who participate.

We worked closely with regulators in New Jersey, Michigan and hope more follow our great example.

In 2011, the Wire Act 1961 brought an end to online poker. This was known as Black Friday. The US effectively ban poker unless a few states have passed legislation to allow it. Even though this is a problem for the entire industry, it reduces the state-specific liquidity pools.

The Obama administration clarified later in 2011 that the Wire Act wouldn’t limit sports betting, despite its use to lower the three largest poker sites.

However, the Trumpadministration’s 2018 interpretation of Wire Act – where the Department of Justice attempted to extend the Wire Act all forms of online gaming – resulted in lotteries, regulators, and other figures in the industry taking action against DoJ.

The New Hampshire Lottery won the case before a district judge despite an appeal by the DoJ in 2019. IGT also took the DoJ to court regarding the Wire Act expansion.

After IGT’s victory over the DoJ in September and the expiration of the appeal deadline, more information is available for expanding online poker, leading to the PokerStars move. 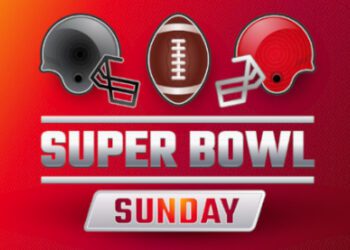