PointsBet has launched a new show focused on the NBA and college basketball called “Count It”.

Broadcasted from the PointsBet studio in New York City, Count It will be hosted by current MSG Networks on-air talent Kazeem Famuyide, airing four times a week across YouTube and podcast platforms, as well as clips on the PointsBet+ app.

Famuyide will examine the daily NBA and college basketball stories, providing expert analysis on betting picks for the day, as well as interview guests on the current world of basketball.

“We’re thrilled to kick off 2023 with ‘Count It’ following an incredible year filled with new content and talent additions,” noted Liam Roecklein, SVP of Content at PointsBet USA.

“Kaz brings a dynamic unlike any other analyst out there, providing an injection of energy and unique perspective on the NBA and college basketball as well as unmatched insights into picks of the day.

“Our Lightning Bets feature for both the NBA and college basketball is second to none, allowing users to bet on every play, basket, and rebound, making this a perfect time to launch the new show, and we’re thrilled to have Kaz at the helm.”

“Count It” is PointsBet’s third original program created by the operator’s studio, joining “The Straight Line” hosted by former NFL quarterback Ryan Leaf, and “Stoppage Time with Ian Joy,” a soccer-focused program, with more to come.

Kazeem has over 10 years of experience in sports, music, and entertainment. Alongside his work for MSG Networks, he has also hosted programs for The Springhill Company and The Ringer, as well as held editorial positions at Bleacher Report, WWE, and The Source.

Commenting on his new role, Famuyide said: “It is a privilege to be joining an innovative and forward-thinking organization like PointsBet as they continue to build out their impressive content portfolio.

“Being able to talk about the sport I’m so passionate about with incredible guests and to do so against the backdrop of sports betting is next to none. I look forward to diving right in at the halfway point of the NBA season and begin prepping for March Madness.” 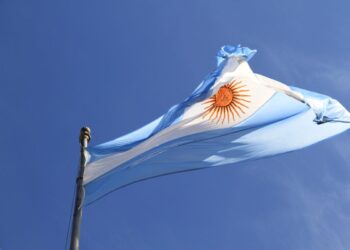