International betting company PointsBet has entered into discussions with newly launched Australian operator NTD for the sale of its operating arm in the country.

PointsBet confirmed that preliminary discussions were underway following reports of the potential transaction in The Australian newspaper.

The firm stated that any decisions taken would be done so in pursuit of its objective of maximising value to its ASX shareholders, a goal for which it ‘routinely explores options’.

In its statement on the negotiations, PointsBet asserted that “any potential transaction will be assessed in the context of PointsBet’s global strategy and opportunities”.

It added: “Discussions between PointsBet and NTD are incomplete and preliminary in nature. There is no certainty that these discussions will result in any binding transaction.”

NTD manages the Betr betting brand, and made its market entry in Australia in October 2022, having secured the backing of the Murdoch news family and gaming advisory firm Tekkorp Capital.

Although founded in Australia in 2017, the North American markets have been PointsBet’s key commercial priority for some time, with the firm having secured a strong standing in both the US and Canada.

This includes licence in the US states of New Jersey, Indiana, Iowa, Illinois, Tennessee and Colorado, as well as Canada’s most populous province of Ontario.

Meanwhile, the firm also has a limited European presence, maintaining an office in Ireland, which it leverages for technological support, as explained by its Director of Operations – Europe, Graham Ross, in an interview with SBC News last year.

A potential sale of PointsBet’s Australian operating arm would represent both a scaling back of its activity in its home market as well as a major bolstering of NTD/Betr’s standing, as the new player seeks to compete with established names such as Tabcorp and Entain. 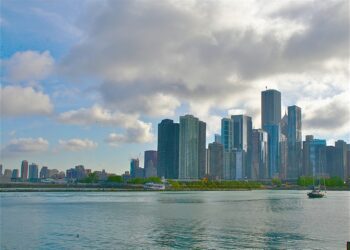