pointsBet has named William Grounds , a former MGM Resorts Exec William Grounds to the Non-Executive Director. This adds significant gaming experience and leadership to its group.

This Australian-American has years of experience as a senior leader in the casino industry. He currently resides in Las Vegas and has previously managed several businesses.

Grounds served as a non-executive Director at MGM Resorts from 2013 to 2021. He was instrumental in the establishment of the joint venture between Entain and BetMGM. He was responsible for the ongoing oversight and governance of BetMGM’s strategy and execution, as MGM sought to disrupt the betting market after the removal of PASPA.

He also served as the President and COO for Infinity World Development Corp (an affiliate of Dubai World). He was responsible for managing the investment of the group at CityCenter Resort & Casino Las Vegas, in partnership with MGM.

Grounds, in addition to being a NED for Pointset, is also a Director at Consumer Portfolio Services. Grounds has previously been a Director at Fontainebleau Miami JV LLC., CityCenter Holdings LLC., and Infinity World Development Corp.

PointsBet is looking to increase its North American sportsbook offerings. He joined the company at this time. It recently opened an office in Ontario in order to lead its Canadian growth. In addition, the company has added over 130 live betting markets to its US product range for FIFA World Cup.

PointsBet Chairman Brett Paton stated: “We are pleased to welcome William Grounds, and we look forward his contributions as an independent director. William is an international expert in business and governance, and has particular expertise in US gaming, sports betting and casino.

“Additionally, an additional US-based Director ensures that we have the right level of governance oversight and control on the ground in America’s expanding market. 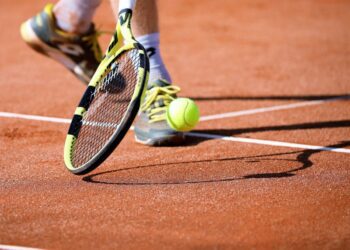