Max Proctor and Doppelganger: Sports betting via the metaverse 
The huge rise of Web3 and Metaverse in 2022 is creating unprecedented opportunities for sports and betting, especially in terms of engagement.

Max Proctor is the Managing Director of Doppelganger and spoke with SBC News to discuss his experience in implementing strategies that put their fans ‘at heart of the action.’ And how other gambling businesses can benefit from this.

Proctor began his advertising career with prominent brands like Pepsi , and the NFL. He stressed that the projects that were centered around sports are the ones he loved the most.


He then created Doppelganger, which is a creative agency that helps brands navigate the constantly changing worlds of metaverse and web3.


Proctor stated that betting companies have ‘a lot of possibilities’ to connect with the sport scene through the metaverse.


He said that the biggest opportunity for betting companies is to create their own metaverse products, which would allow them greater control over the user experience since many platforms do not allow gambling.


Augmented Reality offers a huge opportunity to the gambling industry. Over the next 18 month, Google and Apple will release AR glasses.


Furthermore, SBC asked Proctor what impact the Metaverse has on the traditional sports broadcasting/streaming model, and the developments he expects to see in this area further down the road.


He said, “Aside from the possibility to pause/rewind the format for live sports broadcasting haven’t substantially changed since its inception in the early 20th Century.” We will soon be able recreate sports live in 3D with the help of AI Motion capture and volumetric 3D.


“That means non-stadium-going-fans will be able to position themselves wherever they please within the action in real time: courtside, centre circle, wicket keeper, wherever.”


This has been done in a limited way by the company in FIFA World on Roblox. Goals from the tournament were re-staged with the avatars of Roblox and supporters can place themselves or their avatars in the “heart of the action”.

There were some testing with the Brooklyn Nets. Proctor stated that this is a trend that ‘is only going get more frequent’.


He made a distinction between Web3 and the metaverse. He explained that the metaverse was “for me the next iteration” of the internet. It’s the Internet rendered in 3D and shared in real time by many people. You don’t need to make it Web3. Roblox, for instance, is not a Web3 platform.

Web3 refers to the idea of decentralised internet, made possible by blockchain technology. Web2 was when we all gave our data to big tech companies like Facebook and Google. Web3 allows people to take back control of their data and assets.


I believe both web3 and the metaverse will be the future for fan engagement. It’s giving the fans new ways of engaging with the sport.


Proctor used the European Super League as an example, noting the importance of top-tier clubs for fan engagement. However, he described the splitaway league as “floored”.


He said that Manchester United was a good example of this. There were 50,000 fans at Old Trafford, but 50 to 100 million people watching the game around the globe.


Most of these people won’t have the opportunity to see England or the stadium. How can technology help them get near the action?


Web3’s philosophy of having your own digital data will allow for closer relationships between rights holders and their fans. It is easy to see that proving ownership can allow for exclusive content and access. However, it’s not clear that there are many compelling uses cases .”

Proctor worked at Wimbledon as a client, helping to leverage tennis into the Metaverse. The company launched its NFT collection in 2021 with Andy Murray.

The club produced virtual worlds, including The Virtual Hill and Roblox’s WimbleWorld.


Proctor stated that most sports brands are attracting an older audience. It’s hard to get young people who have grown up with short-form content and games to watch five hours of epic tennis matches. We were constantly looking for ways to engage younger viewers with Wimbledon.


Roblox is the largest metaverse platform and it was a way we achieved that. It also allowed us to tap into a niche audience of Web3 enthusiasts who would otherwise not have any reason to engage with our brand. We also launched an NFT strategy, which allowed us to reach a small audience of Web3 lovers who would otherwise have little reason to interact with our brand .” 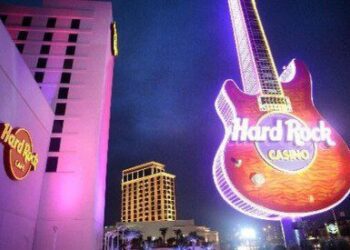