by igw
in Casino, News
Reading Time: 2 mins read
A A

Light & Wonder, a NASDAQ-listed iGaming firm that calls itself “the world’s largest and most trusted iGaming ecosystem”, purchased the Lightning Box, a Sydney-based provider for slots and iGaming products in August 2021.

Lightning Box has enjoyed enhanced commercial support since then and has seen impressive growth jumps. It also continued its commitment to making top-tier slots. The company’s latest release is to reinforce this idea.

This game, which is a sequel of their successful Chicken Fox 5x Skillstar slots, will first make its debut via Sky Betting and Gaming before being officially launched in Europe and the UK. The 3×5 reeler has 20 win lines and features the Chicken Catch Bonus.

Prepare to Re-visit the Farmyard in The New Sequel

New game features a farmyard with many symbols and design elements. These include chickens, pigs and goats. The Wild symbol, represented by the Lady symbol in this slot, can replace all other symbols except the Golden Egg symbol.

Stellar Cash is the retro addition to the new slot. It is awarded to players when at least three spaceships appear on the reels.

Shooting targets can lead to prizes, advancement or a sixth level. The Jackpot level is activated when players have completed six levels. This level allows players to win up $125,000

Next, players will make a visit to the chicken coop during Chicken Catch Bonus round. If you land the Fox symbols five or more times, the number of Free Games will be multiplied by 5. Any chicken caught with Fox x5 will be paid five times.

Rob Procter, Light & Wonder’s vice-president of game development, spoke about the success of the original game and then expressed confidence in the potential of the retro animations as well as the unique Stellar Cash feature to improve gameplay in the new title.

Lightning Box’s chief products officer David Little also expressed praise for the game’s potential popularity among players and acknowledged the “shakeup” that was made to their previous hit with the Stellar Cash feature. 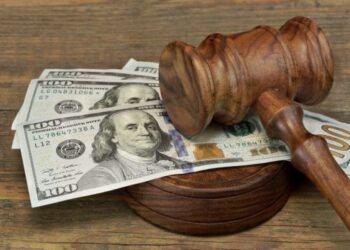