Kindred Group The Nomination Committee of the Company’s Board has recommended five additional members. Final decision will be made at the 2023 AGM.

Cedric Boireau and Jonas Jansson along with Andy McCue and Martin Randel have been selected to lead the 2023 strategy.


Kindred will be strengthened by the Nomination Committee’s proposals that were based upon the “complementary skills sets” of nine potential and current Board members.


Messrs. The Committee estimates that Boireau and Gemmel hold ‘almost 20%’ ownership of Stockholm’s gambling company. This will allow shareholders representation on the Board.


Meister stated that the new Board would have the perfect mix of continuity. It will include new directors who are large-owners, industry experts, business leaders, as well as people with financial markets and M&A expertise.


The Nomination Committee considers the Board proposed to be ideally qualified to collaborate with management and protect shareholders’ interests. The reconstituted Board should consider all possible options in order to generate sustainable and risk-adjusted value for shareholders .”

Jansson, who was the COO at Kambi for ten years and Head of Trading for Kindred’s Unibet brands for a total of 10 years.

McCue served as a member of the Board of Betsson before, while his most notable role in betting and gaming was that of CEO of Paddy Power. He oversaw Betfair’s merger in 2016.


Boireau, who has over 10 years of investment experience, joined SAS Premier in 2010. Randel, on the other hand, is founder, owner, and member of the Board for companies like Vitamin Well, Unifaun and Instabee.


Shea, who is currently Director of Investments at Hamilton Point Investments, also managed the Gaming and Leisure divisions at Guggenheim Securities and Bear, Stearns & Co. Inc.


Kindred will vote on the suggestions of the Committee for the Board’s nine members at its AGM in April 2023. If they are elected, their positions will remain until the 2024 meeting.

Kindred is closing an active year. The firm has experienced strong trading in the World Cup, and was named as one of Sweden’s best employers.

The firm has had to overcome some obstacles in 2022. Trannel Subsidiary in Norway is facing ‘coercive penalties’, while Unibet was subject to legal and regulatory problems in Ontario, Poland, and Sweden. 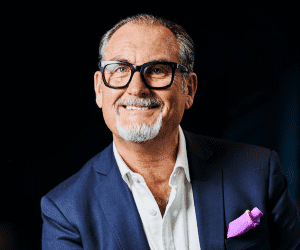 The building blocks for a safer industry