Kambi’s State of the Nation: the World Cup and US appetite for soccer sports betting

by igw
in News
Reading Time: 4 mins read
A A
0
SHARES
0
VIEWS
Share on FacebookShare on Twitter

With an unprecedented winter slot – and kick-off times that weren’t exactly favorable for a US audience – this year’s World Cup competition presented some interesting challenges for American sports bettors. It raised a lot of questions, as Kambi Head of Soccer Jonathon Hurst explained.

For the last few weeks, the sporting world has been focused on the 2022 FIFA World Cup which came to a thrilling conclusion on Sunday when Argentina bested France on penalties and Lionel Messi strengthened his position as one of the greatest of all time.

Unfortunately, for the US Men’s National Team, the hopes of a deep World Cup run came to an end after a loss to the Netherlands in the round of 16, and must now wait four years for another shot. However, there were a lot of positives to take away from the tournament for US sportsbooks about the state of soccer as a young US team competed in the World Cup after missing out in 2018, shortly after the repeal of PASPA.

The timing of this year’s World Cup, held in the winter for the first time in its nearly 100-year history, raised a lot of questions about how popular it would be amongst US sports bettors. In fact, this was the first time the tournament had to compete against football and basketball seasons, the two most popular sports among bettors on the Kambi network in the United States.

While those two sports remained the most popular, Team USA’s World Cup run was enough to make it the fourth most wagered-on event since the start of the tournament, ahead of NCAAF and NHL, but still behind the NFL, NBA, and NCAAB. Furthermore, it wasn’t just the time of year that played a challenging role for operators, but also the timing of matches kicking off. The earlier games started at 7am on the west coast, which is not particularly bettor-friendly and perhaps a reason why there was a larger trend towards live betting.

Indeed, the pre-match versus live betting split in the US was approximately 80/20, compared to 70/30 on the rest of Kambi’s network, indicating that the US market is still less mature than the rest of the network as a whole and bettors are more comfortable wagering pre-match on sports that they’re not entirely familiar with.

Unsurprisingly, Team USA garnered the attention of patriotic sports bettors across the country, as they were the most bet-on team in the US throughout the tournament with a handle for the USMNT games approximately double that of any other games in the tournament. The other top countries backed by US bettors in addition to their own included France, Brazil, Argentina, and Portugal to round out the top five. Additionally, the most bet-on match in terms of handle was their clincher against Iran to make it out of the group stages.

Even though the World Cup took place during a busy time of the sporting calendar, as well as the Thanksgiving holiday, which is synonymous with NFL and college football games, the USA’s run overcame those hurdles and grabbed the attention of even the most casual soccer fans.

Handle increased throughout the group stages, up 32% in game two compared to game one and 44% in game three compared to game two. And although it ended in defeat to the Netherlands, Team USA entered the tournament as a young and inexperienced team, and just to be in the position they were in was exciting enough.

With that said, expectations for Team USA are likely to be much higher in 2026. Their young core of players will return having the experience of playing on the biggest of world stages, and they will have the advantage of competing in games on their home turf as Canada, Mexico and the US won a joint bid to hold the World Cup in North America.  Many of the host cities are in states and provinces where sports betting is already regulated including Philadelphia, New York, and Toronto. And with four years until the next World Cup, we could see most, if not every major state, offering legal sports betting.

Based on current market projections, sports betting in the United States will have grown exponentially by 2026. With many large states still left to regulate sports betting and many sportsbooks still in the early stage of developing their product, it will be more important than ever for operators to have a world-class soccer product.

While it’s safe to say the World Cup won’t surpass the popularity of those sports like football and basketball, interest in soccer in the United States continues to grow and the 2026 World Cup is odds on to be an even bigger draw for both sports bettors and sports betting operators alike. 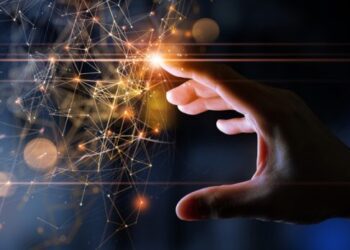