This year’s World Cup Competition presented interesting challenges to American sports betting. It featured a unique winter time slot and kickoff times that were not favourable for US audiences. As Jonathon Hurst, Kambi’s Head of Soccer explained, there were many questions.


The 2022 FIFA World Cup was the focus of sporting attention for the past few weeks. Argentina beat France by penalties on Sunday, and Lionel Messi consolidated his status as the greatest footballer of all time.


The US Men’s National Team lost to the Netherlands in round 16 which ended their hopes for a strong run at the World Cup. They will now have to wait for a new chance for four years. There were many positives for US sportsbooks regarding the current state of soccer. A young US team participated in the World Cup in 2018 after having missed out on it in 2018.


It was the first year that the World Cup took place in winter, a significant change in US bettors’ perceptions. This was actually the first tournament to face off against the basketball and football seasons. These are the most popular sports for bettors in America on the Kambi network.


These two sport remained most popular. However, Team USA’s World Cup win was sufficient to place it as the fourth most bet on tournament since its inception. It took the NCAAF and NHL out of contention, but not the NFL, NBA or NCAAB. Operators had to contend with more than just the season, as well as the timing of the matches. It was 7 a.m. on the west coast when games began, which wasn’t particularly welcoming for bettors and may have been a factor in why live betting became more popular.


In the US, pre-match and live betting was split at approximately 80/20. This is compared with 70/30 for the rest Kambi’s network. It indicates that US bettors feel more comfortable pre-match wagering on unfamiliar sports.


The attention of patriotic sport bettors in America was drawn to Team USA, who were easily the most popular team throughout the tournament. Handle for USMNT games is approximately twice that of other tournament games. France, Brazil and Argentina were the other countries that US bettors supported. Portugal was also a top pick. The match with Iran that will win the clincher was also the most popular bet in terms of handle.


The World Cup was held during busy times in the sporting calendar. It also coincided with Thanksgiving, which is associated with NFL and college games. However, USA’s win overcame these hurdles and captured the attention even of casual soccer fans.


Handle improved throughout the group stages. It was up by 32% in games two and 44% respectively in games three and four. Although the USA lost to the Netherlands in the final game, they entered the tournament with a relatively young team. It was thrilling to just be there.


Expectations for Team USA in 2026 are high, despite that. The players from their core will be able to return with the knowledge and experience gained playing on major international stages. They will also have the opportunity to compete on home soil as Canada, Mexico, and the USA won a joint bid for the World Cup. Numerous host cities will be located in areas and provinces that have legalized sports betting, including Philadelphia and New York. We could also see every state offering legal sports betting in the four years before next World Cup.


According to current market projections sports betting will grow exponentially in the United States by 2026. Operators will need a top-notch soccer product because there are still many states that have not yet regulated sports betting.


Although the World Cup will not surpass those of basketball and football, there is still a lot of interest in American soccer. The 2026 World Cup should be a huge draw for sports operators and bettors. 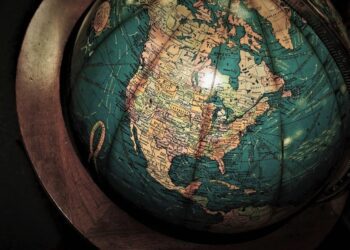