John Spellar MP: The government must not reverse its stance on British businesses with White Paper

John Spellar MP, writing in The House of the Betting and Gaming Council, (BGC), cited bet365, as an example. He referred to the fact that the operator is the largest private sector employer within its hometown of Stoke-on-Trent in Staffordshire.

Spellar took aim at the governing Conservative Party , currently headed by its third Prime Minister within three years. He claimed that UK businesses had been consistently let down by things like passports made in Poland or shipping contracts being handed over overseas.


The Gambling Act Review Judgment is due to be released early in the year. It has been under development since December 2020, but was delayed many times, and with the IMF warning about a recession imminent, the MP said that gambling ‘needs some certainty.


He said that the government must ensure any proposed changes in the Gambling White Paper, are reasonable and proportionate. Not suggestions like imposing blanket affordability controls at extremely low levels.


Spellar explained that this will fuel the growth and popularity of the unregulated and lucrative black market. It has no safer gambling regulations and does not contribute to the UK’s economy in terms of taxation, jobs or investments in the sport we love.

The UK’s betting industry, including companies like bet365 is an success story, said the MP. He referred to a report by that shows the contribution of the sector to British sports and economy.


Spellar repeatedly warned that there would be a “black market” threat to UK gamblers if the gambling space was not properly regulated.


Referring to another report by the BGC he stated that 66% and 57% respectively of cash staked in France and Italy were made possible through illicit operators.


He said: “At this time, when the government finances are in crisis, the country can’t afford for thousands to go offshore to the dark market. Spending money there won’t help the UK’s economy or fund our vital public services.


We cannot allow this uncertainty to continue to affect such an important and profitable industry. The Gambling White Paper must be published by the Government. It should provide protections wherever they are required, but not place at risk another British industry span> 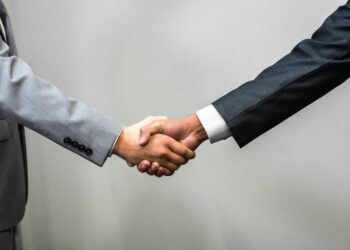