The firm is headquartered in St. Julians (Malta), but it operates throughout Europe, North America and Asia. He will be joined by Chair Jan Jones Blackhurst who was formerly the Mayor of Las Vegas and Executive Vice President at Caesars Entertainment.

After a 30-year career as a gamer, Igelman was a Toronto-based gaming lawyer who cofounded FairP2P. He also worked in legal capacities for Caesars Entertainment, Wynn Resorts and MGM.


EEG’s CEO commented that he was “excited” to have joined the organization at such a crucial time and work with Jan Jones Blackhurst, who is an experienced and well-respected leader.


The company has made significant progress in establishing a brand that is valuable to esports and will now look at its assets as a way to get started.


The company has valuable relationships and assets in the esports industry. There is an enormous growing domestic esports market that the company can take leadership in.”

EEG was without a chief executive officer since December 3, when Grant Johnson, the long-term CEO, announced that he would be retiring. Blackhurst took over the role.


Johnson left EEG after EEG encountered some difficulties over 2022. EEG explained in May that liquidity issues were affecting its bottom line performance and it needed to adjust its portfolio.

Following the reorganisation, Vie.gg’s sportsbook site in New Jersey, Spain, and the UK was closed. SportNation, RedZone Sports were also removed from the British market.


Blackhurst stated that Igelman was a “we are excited to welcome Alex into the senior leadership team.” As we continue to grow the business, he brings with him a lot of experience and knowledge. We are pleased to welcome Alex to our company .”


Igelman was granted stock options and common stock in EEG. This totals 2,500,000, which can’t be transferred or sold until the sixth month anniversary of their grant.


Igelman stated that the company would continue to organize its financial operations to maximize shareholder value.


I look forward to contributing my experiences to the leadership of this company and to concentrate on the execution these transformational initiatives.” 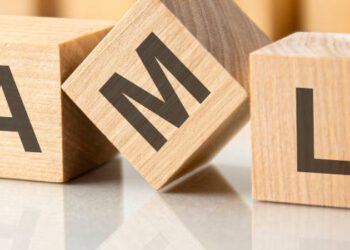 Everi Holdings to Provide Its AML Solution to the BCLC