After being accused of using EUR35,000 ($32,000) to fund their gambling addiction, Ryan Debattista as well as Nicole Bezzina pleaded guilty to the crime. They pleaded guilty and also admitted to money laundering. The father, however, released a statement stating that he had admitted to a crime he didn’t commit and that he couldn’t prove his innocence.

Officially, the court fined the father and mother EUR20,000 each and confiscated all their immovable and mobile property. Times of Malta reports that the couple admitted using funds raised for their son’s treatment for cancer to gamble and eventually lost the entire amount. They were accused by the magistrate who supervised the case of using the generosity of the community to their advantage.

Friends and the public gave their time for years to make EUR35,000 worth of donations. The most important contributor was Floriana FC, a local football club that brought together many other clubs to support this cause. The Malta Football Association launched a charity campaign in October 2018. For every ticket sold over a weekend, EUR1 was donated to the cause.


The Son of the Parents Still Got All the Needed Care


The parents were also fined a large sum and banned from engaging in online or retail gambling. They will also receive treatment to overcome their gambling addiction. The court placed the couple on probation for three years, and threatened them with further punishment.

They took care of their son, despite the fact that they were guilty. He has since fully recovered. This fact was a major factor in their obtaining a more lenient sentence that allowed them to keep custody of their child. The court found that the parents were exemplary in their care of their son and showed good health.


Innocence Claimed by the Father After-trial


Strangely, Debattista made a statement after the closing of the case and claimed that the couple were innocent. He stated that the couple had pleaded guilty in order to get a lighter sentence because they couldn’t provide enough evidence to discredit the court’s allegations and they didn’t gamble with any donated funds.


I was against the wall. I confessed to a crime that I had never committed, so I won’t have to go to prison.

The father claimed that he had won EUR26,000 in a horse racing race, and that he used the funds to place additional wagers. However, he did not have a receipt to present to the court. The case was not affected by other documents that the parents provided detailing their expenses. Therefore, they were forced to plead guilty.

Some of the money I won was lost to gambling. Not our son’s. That is something I wouldn’t do.

Bezzina’s absence of criminal records played a key role in the lighter sentence. Her partner, however, has a more interesting record. The court said that he was previously on probation. The involved parties are certain that child neglect was not a crime, regardless of the truth. They put a lot of effort into their son’s happiness and health. 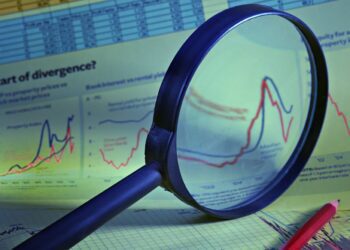