Gaming Arts and Bet Rite Inc. are proud to announce the release of Bingo Millions with Manitoba Liquor & Lotteries in Winnipeg, Manitoba.

Gaming Arts, LLC is a Las Vegas-based gaming manufacturer that focuses on innovative bingo and keno game systems, content, and entertainment. It also offers Life Changing Jackpots with its special bingo games. Gaming Arts is home to the largest and most interesting collection of bingo games in the world. The Bingo Millions game, one of many special “SuperGames”, are just a few of the hundreds offered by Gaming Arts. Gaming Arts has proven that “SuperGames” have been a successful way to increase operator profitability and attract new players. They also helped grow headcounts and strengthen player loyalty. Bingo Millions Canada is no exception.

We are grateful to MBLL for being our first Canadian client to bring Bingo Millions to Canada. “We are certain that Manitoba bingo players will love the excitement and fun this game can bring,” stated Bet Rite President Billy MacLellan.

Bingo Millions was launched successfully in Canada on Thursday, December 1, 2022 at MBLL Casinos of Winnipeg, Club Regent Casino, and McPhillips Casino Station. The massive event featured Bingo Millions-branded cookies and colorful balloons, as well as exuberant visitors eager to win the $1,000,000 Bingo Millions Jackpot. It was a day full of excitement and fun for both the Canadian Bingo Millions team, Gaming Arts employees and Bet Rite staff. Bingo Millions was a huge success and the eager players of bingo were excited to participate in the celebration. There were multiple sessions at McPhillips Station Casino and Club Regent Casino every day. The only problem is: what do you think about $1,000,000?

Gaming Arts CEO Mike Dreitzer stated that they are thrilled to bring Bingo Millions to Canada. This was possible because our team worked hard with Manitoba Liquor & Lotteries as well as Bet Rite Canada, the Canadian distributor. This long-awaited launch was a success and we are thankful to all who helped us. It is exciting for Winnipeg players to have this “Life Changing” game. The game has generated great buzz in just days of its launch and this is just the beginning. 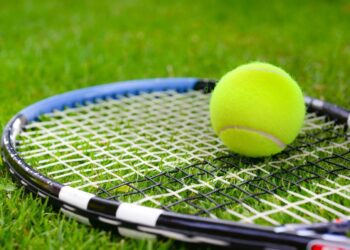