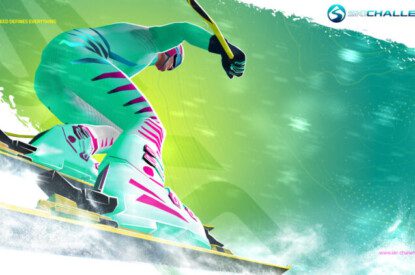 Greentube has made several important improvements to the Ski Challenge mobile esports experience. It is now owned by Novomatic Digital Gaming and Entertainment division.

A new iOS and Android game has just been launched that sees players competing in tournaments with real-money prizes. It features a ranking system and leaderboards.

Competitors allow players to earn skill points. This allows them to reach new heights and rank in one of four categories: Bronze, Silver or Gold, Master. Players can not only be ranked but also appear on time-based leaderboards that show which skiers are truly the kings of the hill.

The latest update allows players to personalize their appearance by adding new clothing and accessories. New items are expected to be introduced on a regular schedule.

Ski Challenge is a collaboration between Swiss-Ski and the German Ski Federation. It features exclusive tracks from downhill skiing.

Michael Bauer is Greentube’s CFO/CGO. He stated: “Unsurprisingly this improved Ski Challenge has proven to be an enormous hit with players new and old. We would be remiss if we didn’t continue to develop the game after launch, seeing as how many players are enjoying it.

We are certain that players will enjoy this trio of new exciting features. We will continue to develop new features that will enhance the competition between players, such as tournaments. The product is fun and easy to use, but there are many more features to be developed in the future. Keep practicing your skills!