2022: This is the year that mainstream media started to question betting on sports.

The tipping point for sports betting was 2022. The launch New York Online Betting, which saw Kansas and Maryland accepting wagers and Massachusetts and Ohio legalizing it, opened the doors to regulated betting in large parts of the country.

The majority of US states offer some form of betting, but the public backlash against sports betting increased, particularly in mainstream media. The New York Times Sunday sections have been the industry’s most talked-about topics for the last two months.

The media panic over gambling expansion is building since months. California is a good example. Nearly every major newspaper opposed Proposition 27 which would have allowed online gambling to be legalized in California.

Not only did the Los Angeles Times publish a scathing opinion piece, but it also addressed the problem of online gambling saturation, which argued that California had enough choices to gamble. Concerns were raised about fiscal responsibility.

Sports gamblers bet $7 billion in a single month, a twenty-fold increase over three years ago. This is money that’s not being spent in the economy or, worse, money borrowed from someone they might not be able repay.

The Washington Post published its own sports betting content this fall. It was less friendly than other articles, and also took a few shots at gambling itself. There was also a section on how to limit the amount of wagers and one about the possibility that there may be an increase in problem gamblers.

The New York Times was another. Since November, the four pieces have been widely circulated in the industry. They cast a shadow on Caesars‘s relationship to universities and Penn.

The Massachusetts Gaming Commission began vetting operators. Both the Caesars Hearing as well the Hearings about Barstool’s land-based Partner Plainridge Park put the articles in the forefront of suitability discussions.

After reading the article, Sen. Richard Blumenthal wrote a letter to Caesars CEO Tom Reeg requesting that the company stop working with LSU/MSU.

These stories are likely to continue to be a major part of the industry’s story in 2023. Numerous states, including Missouri and Texas, will begin to consider new legislation at the beginning of this year. New York and Texas are among the states that have filed bills to modify current sports betting rules.

These media reactions will keep coming up as lawmakers contemplate new gambling legislation. As an industry, the question is now how best to respond and react to these stories moving forward. Their legitimacy has not been well received so far. This week’s hearing saw Penn Entertainment CEO Jay Snowden attempt to paint a negative picture of the paper and denigrate its claims. This tact was stopped almost instantly by the MGC commissioners.

Industry spoke loudly, collectively, about the misinformation that the New York Times articles encapsulated. It is possible to adjust the messaging and take criticisms with 2023 in sight, so it’s time for the industry to put their best foot forward. 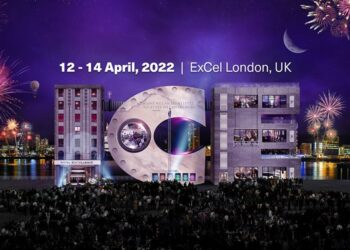