The year 2022 saw many developments and important initiatives as well as restrictions within the Latin American gambling industry. SBC Americas takes a look at 2018 in LatAm gaming. It reviews the top news from the quarter, including M&A activities and other appointments.

Gambling regulation was approved by the Brazilian Chamber of Deputies

Brazil was without a doubt the star of the quarter. The Chamber of Deputies passed gambling regulations, ending four years of waiting. The bill was passed through several stages during the year in an attempt to regulate the industry via the World Cup. However, everyone was left on edge until December.

Although the Chilean sector was featured in different headlines, it wasn’t always for the correct reasons. The Ministry of Finance created gambling regulations, and an advisory group presented a bill that would restrict sponsorship and advertising between bookmakers and football clubs. Chile made two big steps forward in the first quarter.

Peru has a new leader

After Manuel San Roman left as Head of the General Directorate of Casinos and Slot Machines of Peru (Mincetur), the Ministry of Foreign Trade and Tourism appointed Eduardo Alfonso Sevilla Echevarria to be the new regulator. He was responsible for important regional developments throughout the year, and he stayed at the forefront of the institution.

The Chilean market shocked the industry once again in the beginning of the year when it announced an agreement between Enjoy and Dreams for fusion their operations. Further discussions were held throughout the year as the proposed company would own 58% of local casinos and required several approvals.

Maria Galvan del Puerto was named the interim Head of Conajzar. This is Paraguay’s gambling regulator. After numerous allegations about irregularities in different local processes, Ortiz Baez resigned as the president. The process of granting a sports betting licence was led by the interim president in 2022. This is still being challenged for irregularities.

Binance and Socios fight to save the Argentinian FA

A five-year agreement was signed by the Argentinian Football Association (AFA), which is referred to as “historic” due to its undisclosed amount and length, and includes the naming rights for the local league, and launch of a token. Socios.com appealed to the Argentinian Commercial Court. The latter urged AFA to not sign any similar agreements, and to adhere to Chiliz’s platform.

Colombia is at the forefront for integrity

Colombia is the most developed market in Latin America. The trade association Fecoljuegos has signed a Memorandum of Understanding with the International Betting Integrity Association (IBIA). This MoU allows them to collaborate on initiatives and projects that combat sports betting fraud, and protect integrity of betting businesses. 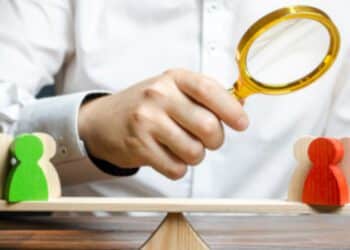